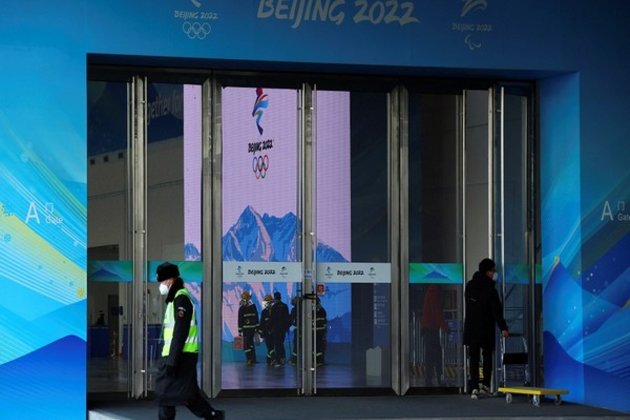 New York [US], January 21 (ANI): The New York-based Human Rights Watch (HRW) has raised concern about the veiled threats issued by Chinese authorities over freedom of speech ahead of the Beijing Winter Olympics 2022 next month.

As sports fever grows with the approach of the Beijing Winter Olympics 2022, so too do the expectations of the Chinese authorities and their collaborators in the International Olympic Committee (IOC) for athletes to be silent about China's mass atrocity crimes, said HRW in its daily brief.

This remark comes after Yang Shu, the Deputy Director-General of Beijing 2022's International Relations Department, made a contentious statement where he said, "...any behaviour or speeches that are against the Olympic spirit, especially against Chinese laws and regulations, are also subject to certain punishment."The Human Rights Watch said in its daily brief that "athletes are not commodities they can use to "sportswash" the country's global reputation.

"Sadly, their rights will be stepped on in Beijing. Many would like to speak out about China's crimes against humanity in Xinjiang and numerous other serious abuses, but the threats they face for doing so are all too real," the group added.

HRW's Senior China Researcher, Yaqiu Wang, told The Guardian: "Chinese laws are very vague on the crimes that can be used to prosecute people's free speech... There are all kinds of crimes that can be levelled at peaceful, critical comments. And in China the conviction rate is 99%."In China, critics of the government have routinely been sentenced to prison for staging political protests, or for comments they made on social media.

While it's unlikely Beijing would risk international ire to severely punish an athlete at the Olympics for speech, Yang Shu declined to answer on Tuesday what the maximum punishment could be for political demonstration at the Games.

China's human rights record has come under heavy scrutiny ahead of the Winter Olympics, with the US and several other countries announcing a diplomatic boycott of the event as a statement against China's "ongoing genocide and crimes against humanity in Xinjiang, Washington Post reported. (ANI)