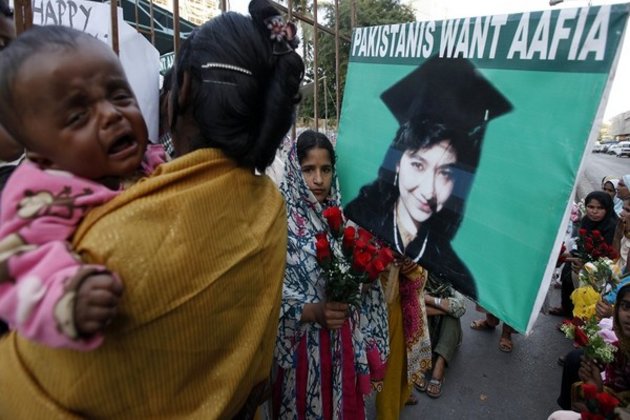 Islamabad [Pakistan], January 22 (ANI): Islamist attacks on Jews will continue to be glorified in the Muslim world as "resistance" against Jewish schemes or Zionist imperialism, reported Haaretz.

Aafia Siddiqui, a Pakistani national, also known as "Lady al-Qaida" once again came into the limelight after her release was sought by the British hostage-taker at a Texas synagogue last week and with this, it becomes clear that prisoners like Siddiqui will continue to boost antisemitic jihad without actually pulling the trigger themselves.

Notably, she was convicted in 2010 by a New York City Federal Court of attempting to kill US military personnel and is currently serving an 86-year sentence at Federal Medical Center, Carswell in Fort Worth, Texas.

Siddiqui argued throughout her trial that she was being targeted by Israel, citing the conspiracy theories that all jihadists are familiar with, and that the judgement came "from Israel and not from America."In a letter to Barack Obama, she wrote that Jews are "cruel, ungrateful, backstabbing... [which is] why 'holocausts' keep happening to them repeatedly."She even cited Quranic verses asking Muslims to "not take Jews and Christians as allies," while criticising Pakistan for collaborating with the US to apprehend World Trade Center bomber Ramzi Yousef in 1993.

Siddiqui wanted jury members to be "genetically tested" for signs of being "Jewish or Zionist" and if found to be one of them, demanded to be removed from the panel, wrote Kunwar Khuldune Shahid in the article for Haaretz.

In a similar incident, she asked to fire her own lawyers because they were Jewish despite her defence counsel being paid to the tune of $2 million by the Pakistani government.

In the Muslim world, populist politicians like Turkey's Recep Tayyip Erdogan and Pakistan's Imran Khan, who love to compare cartoons of Muhammad with the Holocaust, push an Islamist narrative laced with antisemitic tropes in the sake of "protecting" Muslims. (ANI)