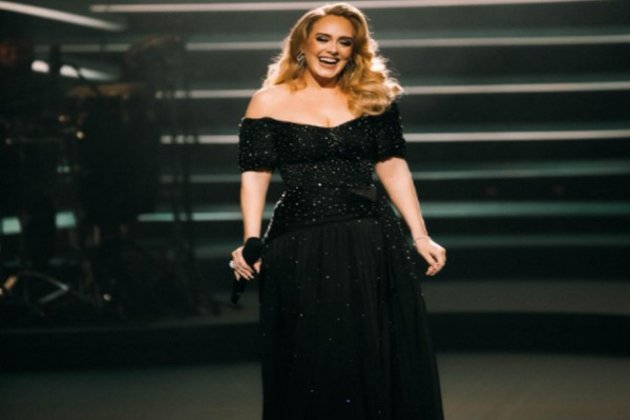 Washington [US], January 23 (ANI): After the abrupt postponement of her Las Vegas residency, Adele had FaceTimed with multiple would-be concertgoers, tearfully apologising and offering free merchandise, drink tickets and even a free meet-and-greet whenever the make-up dates take place.

As per Variety, on the casino floor on Friday night, some disappointed ticketholders were being handed a phone, apparently by someone from Adele's management team, to have FaceTime chats with the singer, individually or in groups.

One Instagram user, @Adriansm99, posted a video to his Instagram Story in which he was seen "forgiving" Adele for putting the shows off because of all the "healing" that the '30' album had helped him do in recent months.

"I really don't mind coming back from Mexico," he told her.

"I'm thankful for you being so graceful to me. I really appreciate that," she responded. "That's my manager right next to you... When you come back, whenever that is, we'll do a meet-and-greet for free."Another group of fans chant "It's okay!" to a weeping Adele, a pair from New York even offering her advice about waiting until she's ready, and not succumbing to negativity.

Adele postponed the residency in a tearful Instagram post on Thursday, less than 24 hours before it was scheduled to launch, citing a large number of her crew testing positive for COVID-19. "All dates will be rescheduled, more info coming soon," she wrote.

"I'm so sorry, but my show ain't ready," she said in the video posted to Instagram.

"We've tried absolutely everything we can to put it together in time and for it to be good enough for you, but we've been absolutely destroyed by delivery delays and COVID. Half my crew and team are (ill) with COVID and still are, and it's been impossible to finish the show. I'm gutted -- I'm sorry it's so last minute, we've been awake for over 30 hours trying to figure it out and we've run out of time. I'm so upset and I'm really embarrassed and so sorry to everyone that travelled to get (to the show). I'm really, really sorry," she said.

While day-before postponements are certainly not unprecedented during these COVID times -- DeadCo. were forced to cancel a New Year's Eve show in Mexico hours before it was to begin when guitarist John Mayer and multiple crew members tested positive for the virus -- by any measure, Adele's decision was abrupt and has led to unconfirmed rumours and tabloid reports about a dispute over production and/or stage fright being a cause of the postponement. (ANI)