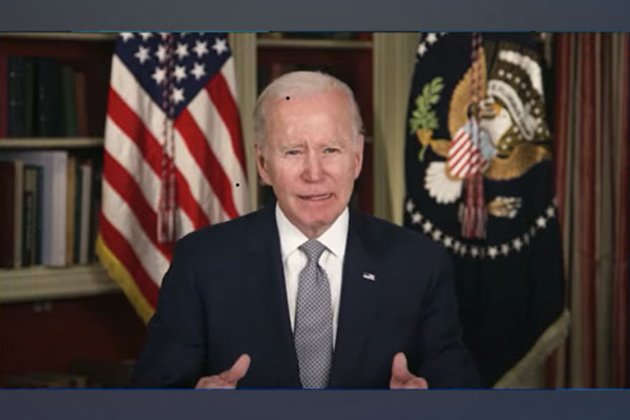 Washington [US], May 15 (ANI): US President Joe Biden expressed condolences to the families of 10 people who were killed in a shooting incident at a supermarket in the American city of Buffalo and called for "every effort to end domestic terrorism".

In a White House statement, Biden said: "We grieve for the families of ten people whose lives were senselessly taken and everyone who is suffering the physical and emotional wounds of this horrific shooting. We are grateful for the bravery of members of law enforcement and other first responders who took immediate action to try to protect and save lives. The First Lady and I are praying for the victims and their families, and hearts all across this country are with the people of Buffalo.""Any act of domestic terrorism, including an act perpetrated in the name of a repugnant white nationalist ideology, is antithetical to everything we stand for in America. Hate must have no safe harbour. We must do everything in our power to end hate-fueled domestic terrorism," he said further.

The mass-shooting is an increasingly alarming problem in the United States.

An 18-year-old wearing military gear and livestreaming with a helmet camera opened fire with a rifle at a supermarket in Buffalo, killing 10 people and injured three others on Saturday (local time), ABC news reported citing authorities.

On April 11, Biden unveiled further steps to address gun violence, including stopping the proliferation of ghost guns and a comprehensive report on gun trafficking, as per reports. (ANI)