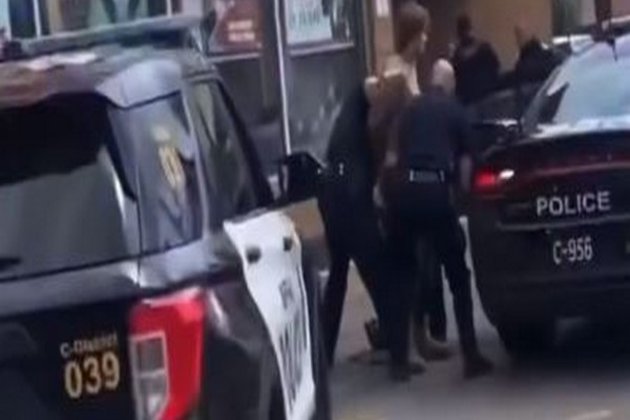 New York [US], May 15 (ANI): The social media platform on which the suspect, who shot 10 people and injured three others on Saturday in the Buffalo city in New York, live-streamed the grocery store massacre, was removed in less than two minutes after the violence started.

Social media companies have struggled to keep up with a torrent of violent content on their platforms. So Twitch's performance may be applauded by some while still criticized by others, CNN reported.

He further added that then the suspect went inside the store, where a security guard engaged him.

"The suspect was shot and killed the guard and then continued to work his way through the store," Gramaglia added.

Of all those 13 people, 11 were African American and three suffered the non-life-threatening injuries, adding that two victims were White, CNN reported citing the Police Commissioner's statement.

"The shooter travelled hours from outside this community to perpetrate this crime on the people of Buffalo, a day when people were enjoying the sunshine, enjoying family, enjoying friends," Buffalo Mayor Byron Brown said at a Saturday evening news conference. "The suspect, Payton Gendron (18), a white man was charged with first-degree murder, Buffalo City Court Chief Judge Craig Hannah said, adding that the district attorney's office is planning on indicting the suspect and bringing the additional charges. While Gendron pleaded not guilty to the charge.

The FBI is investigating the shooting as both a hate crime and a case of racially motivated violent extremism, said Stephen Belongia, FBI special agent in charge of the Buffalo field office, reported CNN.

"We are investigating this incident as both a hate crime and a case of racially motivated violent extremism," Belongia said during a briefing, reported Sputnik media.

According to the official, the perpetrator is now in custody. As per a tweet from Erie County Executive Mark Poloncarz, Buffalo police responded to the scene of an "active multiple shooting events" at the Tops Markets on Jefferson Street in the city.

Buffalo Police Department gave out the information regarding the incident in a tweet and urged people to avoid the area. "BPD on the scene of a mass shooting at the Tops in the 1200 block of Jefferson Avenue," it tweeted adding, "Police say multiple people have been struck by gunfire. The shooter is in custody. Motorists and residents are urged to avoid the area."Expressing condolence in a tweet after the incident, Erie County Sheriff's Office stated that Sheriff John Garcia "has ordered all available resources and personnel to assist" police, as per the media portal.

New York Governor Kathy Hochul said that she is taking stock of the situation. In a tweet, she wrote, "I am closely monitoring the shooting at a grocery store in Buffalo. We have offered assistance to local officials. If you are in Buffalo, please avoid the area and follow guidance from law enforcement and local officials." (ANI)