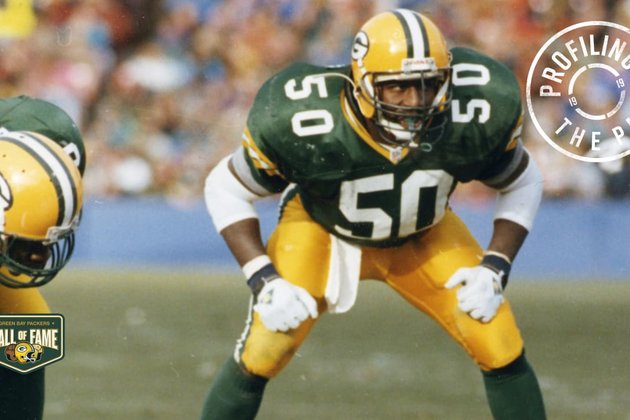 A model of consistency, Holland proved ahead of his time at inside LB

When the Packers drafted Johnny Holland in the second round in 1987, the plan was to move him to outside linebacker after he had played inside in college and abandon the 3-4 as the base defense after 17 seasons because coordinator Dick Modzelewski believed the scheme was becoming obsolete.

As it turned out, the Packers stuck with the 3-4, and Holland stayed inside where he turned out to be a forerunner of the future.

A heavily recruited high school quarterback out of Hempstead, Texas, a city of roughly 4,000, who played free safety as a 195-pound freshman at Texas A&M, Holland was an instinctive, athletic performer when most NFL middle and inside linebackers were thumpers. Hence, he was at his best playing in space and against the pass, especially in zone coverage, traits teams now covet perhaps as much as anything in their inside 'backers. In turn, Holland's best assets against the run were his range and hustle.

In 1987, after weighing his options during training camp, Modzelewski decided to stick with a 3-4 alignment and Holland as an inside linebacker after he had beaten out veteran Randy Scott for a starting job. When Holland proved to be a model of consistency, Packers executive vice president of football operations Tom Braatz touted him as a defensive rookie of the year candidate. That award, chosen by the Associated Press, went instead to Buffalo's Shane Conlan, another inside 'backer, but Holland was one of four linebackers named to the United Press International all-rookie team.

"He can make a play," linebackers coach Dale Lindsey said of Holland in mid-November. "He gets to the ball. He just has instincts. ... He just has great body control."

Holland started in 12 games as a rookie, which excluded the three played that year by the Packers' strike-replacement team. However, in the season finale, he was replaced on defense after the first play by Clayton Weishuhn due to a groin injury and saw limited action thereafter.

When Hank Bullough replaced Modzelewski as defensive coordinator before the 1988 season, he viewed linebacker as the strength of his unit partly because of how well Holland and his bigger, more powerful sidekick at strong-side, inside 'backer, Brian Noble, complemented each other. "Some people have a plugger there (at Holland's spot) but then it's hard to have a great team," said Bullough.

Twice, in 1992 and '93, Holland led the Packers in tackles as they began their resurgence under coach Mike Holmgren after a 24-year drought during which they enjoyed only four winning seasons.

A good fit in new coordinator Ray Rhodes' 3-4 scheme, the Packers were optimistic after Holmgren's first season that Holland would be one of their building blocks on defense. "He is always mentally and physically prepared to play the game," linebackers coach Bob Valesente said before the 1993 season. "You can depend on him to make a play when you need one." Fulfilling expectations, Holland not only led the Packers in tackles during the regular season but also in their first two playoff games in 11 years.

Over eight seasons, Holland played in 103 regular-season games and started 100, In all, he intercepted nine passes and registered 3½ sacks.

Holland missed three games in 1988 with a thigh injury and then didn't miss another until a herniated cervical disk sidelined him for the final two games in 1992. He started all 16 games for the first time in 1990 and did so again in 1993. Burnell Dent had started for him in the 1989 opener, and Bryce Paup replaced him in the third game in 1991, although Holland played extensively in both games. In the 1991 finale, Dent started for him again and Holland played only on the field-goal block team.

Holland underwent neck-fusion surgery following the 1992 season and wasn't cleared to play until late in training camp in 1993, when he led the team with 145 tackles. But three months after the season ended, an MRI showed that Holland had suffered another herniated disc, slightly lower than his first injury. A month later, he announced his retirement at age 29 after only seven seasons.

Holland returned to the Packers in 1995 when Holmgren hired him as a quality control defensive assistant. Holland coached special teams for the Packers in 1998 and linebackers in 1999. As of the 2021 season, he had spent more than 20 years working as an NFL assistant coach.

(Note: The official play-by-play for the Dec. 21, 1991, game between the Packers and Minnesota Vikings erroneously listed Holland as a starting linebacker. However, Dent started in his place, and the Packers' records were changed at the time to reflect that.)