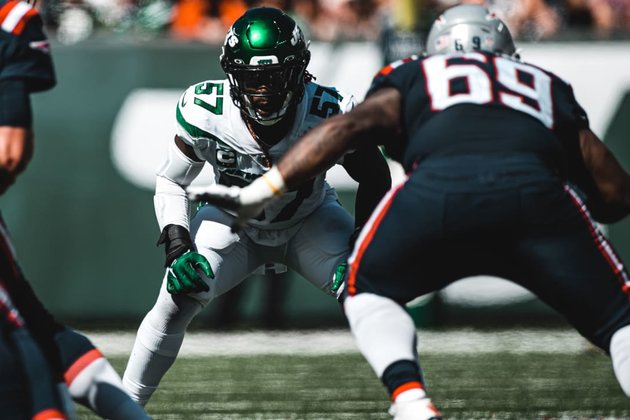 Throughout the offseason, NewYorkJets.com reporters Eric Allen, Ethan Greenberg, Randy Lange and Caroline Hendershot will each give their predictions to a series of questions regarding this year's Jets.

Today's question: How has the AFC East landscape changed in the offseason?

EA: I think a tight battle for the No. 2 slot in the division is on the horizon. The Patriots won 10 games in 2021, but the defense will feel the loss of CB J.C. Jackson (LA Chargers) in free agency. What will QB Mac Jones's second season look like with longtime Patriots OC Josh McDaniels running the Raiders now? This team is dangerous with Bill Belichick and has some quality players, but it will be hard-pressed for a return trip to the postseason. The Dolphins went 9-8 last season and should continue to be a tough out. Tyreek Hill and Terron Armstead were huge offensive pick-ups and they kept Emmanuel Ogbah in the fold while signing edge Melvin Ingram. The jury is still out on QB Tua Tagovailoa plus the Dolphins have a new HC in former 49ers OC Mike McDaniel, so adjustments will be made in South Florida. The Jets had an outstanding offseason, resulting in major facelifts at TE (C.J. Uzomah, Tyler Conklin and Jeremy Ruckert) and CB (Ahmad 'Sauce' Gardner and D.J. Reed). The O-line added a Pro Bowler in LG Laken Tomlinson, plus playmakers Garrett Wilson and Breece Hall were selected in the draft. The pass rush promises more heat with the return of Carl Lawson, plus the addition of first-round pick Jermaine Johnson. If Zach Wilson trends upward, the Green & White should be right there with the Pats and Dolphins. Buffalo will work in a new OC in Ken Dorsey, but Dorsey was Josh Allen's QB coach. The team signed prolific sack artist Von Miller to bolster its pass rush and with Allen leading the way, the Bills are the betting favorites to not only win the AFC East but the Super Bowl.

EG: I think the gap that Robert Saleh has discussed many times has shrunk. Not just from the Jets to the Bills, Dolphins and Patriots, but as a division overall. Buffalo (11-6), New England (10-7) and Miami (9-8) finished a game apart in the division. The Dolphins roster has improved with the additions of WR Tyreek Hill and LT Terron Armstead, but what will their brand of play be under new head coach Mike McDaniel? The Patriots didn't make a lot of moves, but they did help out second-year QB Mac Jones by adding WR DeVante Parker in a rare intra-division trade. The Jets made the most moves in the AFC East, but they also have the most ground to make up based on last season's records. Things can change quickly in the NFL and the gap between these teams is different. Buffalo still sits atop the division and got stronger with the addition of two-time Super Bowl champion Von Miller. Each team in the AFC East improved this offseason. It'll be interesting to see how much the gap closes, specifically with the Jets.

RL: Well, let's see. The Bills are the new bully in town and they added veteran sacker Von Miller to their top-ranked passing and overall defensive operation as well as three-time Jets reception leader Jamison Crowder to their top-10 offense. The Patriots remain the formidable, opportunistic Patriots, mixing an AFC East wideout into their ever-changing, always challenging WR room in former Dolphin DeVante Parker plus "Is he a RB? Is he a WR?" Ty Montgomery, the former Jet, to aid and abet second-year QB Mac Jones. The Dolphins secured a big hill, as in WR Tyreek Hill, to juice up their offense. and also have new management in the person of first-time HC Mike McDaniel. As far as first-round rookies, the Jets have more than the rest of the division combined: CB Sauce Gardner (4th overall), WR Garrett Wilson (10th) and edge Jermaine Johnson (26th) compared to Buffalo corner Kaiir Elam (23rd), New England guard Cole Strange (29th) and Miam's zero picks until Round 3. From my vantage point, on balance the biggest change to the landscape of three tough teams atop the AFC East` is that the Jets have made moves to join the fray.

CH: There are a lot of new faces in the AFC East this season. The Bills and the Patriots focused on bolstering their defenses. The Bills added two-time Super Bowl champion LB Von Miller and drafted CB Kaiir Elam from Florida in the first round. The Patriots only made minor changes by re-signing S Devin McCourty, and signing S Jabrill Peppers and CB Malcolm Butler for his second stint with the team. On the other hand, the Dolphins and the Jets targeted playmakers to support their quarterbacks. After the hiring of HC Mike McDaniel, the signing of RB Raheem Mostert made sense as they overlapped in San Francisco. The most notable addition was WR Tyreek Hill. The Jets added to their offense with TEs CJ Uzomah and TE Tyler Conklin, rookie RB Breece Hall and rookie WR Garrett Wilson. They also bolstered their defense with the signings of CB D.J. Reed, S Jordan Whitehead and rookie CB Sauce Gardner. With many new faces, the landscape of the AFC East has gotten tougher as all teams are better on paper than when the 2021 season ended.