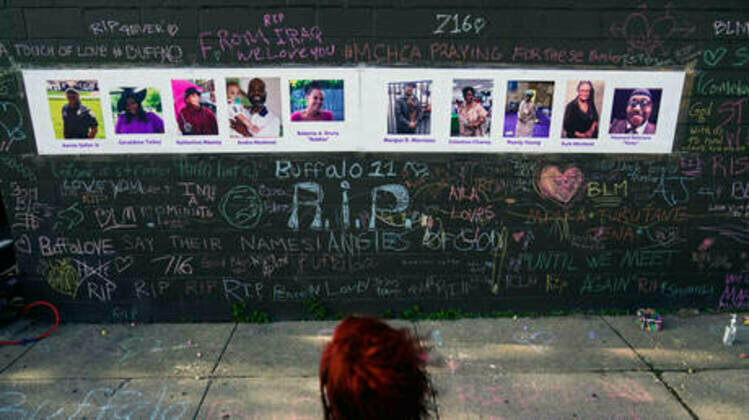 A Democrat proposal to create a special task force for hunting down "white supremacists" in the US military and federal law enforcement agencies failed in the Senate on Thursday, after no Republicans voted for it. The ruling party invoked the recent mass shooting at a Buffalo, New York supermarket to argue such enforcement was necessary.

An 18-year-old killed 10 people and wounded three more on May 14, in the attack the authorities say was racially motivated.

The Domestic Terrorism Prevention Act would have set up an interagency task force within the FBI and the Departments of Justice and Homeland Security to analyze and counter white supremacist infiltration in the military and federal law enforcement.

"The bill is so important because the mass shooting in Buffalo was an act of domestic terrorism," Senate Majority Leader Chuck Schumer (D-New York) said on the floor ahead of the vote. "We need to call it what it is, domestic terrorism. It was terrorism that fed off the poison of conspiracy theories like white replacement theory."

Opposing the bill, Senator Rand Paul (R-Kentucky) said it was an "insult" to claim US Marines and police were "consumed with white supremacy and neo-Nazism."

"It would be the Democrat plan to name our police as white supremacists and neo-Nazis. I met policemen throughout Kentucky and I've not met one policeman motivated or consumed with any kind of racial rage," Paul added.

The final vote in the Senate was 47-47, right along party lines. The US House of Representatives approved the bill in a 222-203 vote last week, with Rep. Adam Kinzinger (R-Illinois) as the only Republican in favor.

Republicans have accused the Democrats of seeking to smear all critics as domestic terrorists, pointing to the party's insistence that the January 6 riot at the US Capitol was an "insurrection." In his inauguration speech, President Joe Biden called domestic terrorism and white supremacy the greatest threat the US faced.

Within days of Biden taking office, the Pentagon announced a "stand-down" to investigate extremism in its ranks, and appointed a controversial Democrat activist to formulate new diversity and extremism regulations.