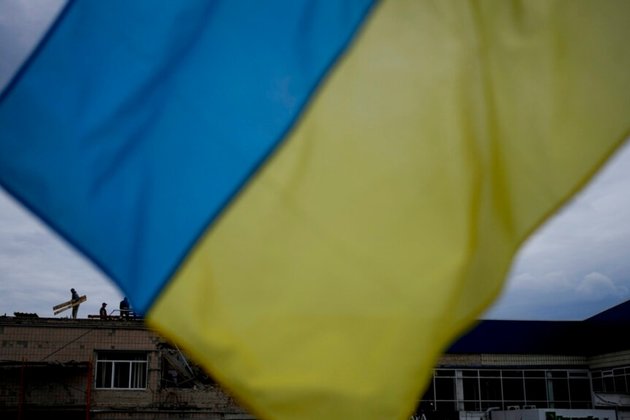 WASHINGTON - For thousands of people around the world, Russia's invasion of Ukraine in February served as a rallying cry, spurring many to look for ways to travel to the front and help fight for Ukraine's freedom.

New research finds that few of them ever actually made their way to Ukraine, with fewer still joining the fight on the front lines.

While exact numbers of foreign fighters in the war in Ukraine have been difficult to determine, the report issued by the New York and Berlin-based Counter Extremism Project (CEP) concludes, 'given the available information, it is reasonable to deduce that only a fraction of those who indicated an interest in traveling to Ukraine after February 2022 actually did so.'

'Their number ranges from merely several hundreds to a few thousands,' the report states. 'This is dwarfed by tens of thousands of Ukrainian volunteers who joined units in Ukraine's Territorial Defense Force (TDF).'

Researchers say the reasons so few would-be foreign fighters ultimately took up arms are many, but one stands out.

Unlike the other conflicts that drew large numbers of foreign fighters - Afghanistan in the 1980s and the Syrian civil war and the rise of the Islamic State terror group - in the case of Ukraine, the government took steps to organize and vet foreign recruits.

The Ukrainian government runs a website outlining the seven-step process to join the country's international legion.

And while Ukraine said as many as 20,000 people, including military veterans, volunteered to join the fight in Ukraine in the early days of the war, many never made the cut.

The Ukrainian embassy told The Associated Press in early March that of approximately 6,000 Americans who signed up, about half were rejected before even interviewing with Ukrainian officials.

Embassy officials further said that of the 3,000 Americans who were allowed to go through the recruitment process, as of early March, only about 100 had actually been accepted.

Another reason why so few would-be foreign fighters are now in Ukraine may come down to motivation.

A major driver of foreign fighters to Afghanistan and, ultimately, to Syria was ideology, whether to join the Afghan mujahedeen to defeat the Soviet Union or to fight to establish and support the Islamic State terror group's self-declared caliphate.

Cars pass by destroyed Russian tanks in a recent battle against Ukrainians in the village of Dmytrivka, close to Kyiv, Ukraine, May 23, 2022.

Even an initial wave of some 17,000 foreign fighters who flocked to the conflict between Russia and Ukraine prior to 2019 were driven largely by the ideology of white supremacism.

The CEP researchers found many of those who volunteered to fight in the current war lack that same type of ideological zeal.

One foreign fighter who first traveled to Ukraine in 2014 told the researchers the new volunteers have little in common aside from being 'concerned citizens of the world.'

'They are almost exclusively apolitical,' the report added.

'Widespread reports about extremist foreign fighters overrunning Ukraine have been largely overplayed,' according to study author Kacper Rekawek, a fellow at the Center for Research on Extremism at the University of Oslo.

'Their numbers pale in comparison to those recruited through official government channels, and there is no evidence that extremist causes are flourishing as a result of the invasion,' he said.

The report focused, in particular, on what it described as right-wing extremists in the United States, Canada, Spain, Italy, France, Germany and Poland. It found while many extremists groups in those countries spoke about joining the fight in Ukraine, only a handful decided to go.

Researchers found little evidence to show more than a few far-right extremists traveled to Ukraine after the Russian invasion in February. The largest contingent of such extremists seems to have come from France and Germany, each country estimating as many as 30 would-be foreign fighters made the trip.

They also found some neo-Nazi Telegram channels in the U.S. actually began discouraging followers from making the trip to Ukraine, instead promoting other ways to support like-minded groups in Ukraine.

Rekawek, however, warns that Western governments need to remain cautious, even if the number of extremists traveling to Ukraine remains low.

'These individuals will not add significantly to Ukraine's ability to defend itself. However, they may yet present a challenge to domestic security upon their return,' he said. 'The combination of a violence-oriented ideology; potential combat training and experience; access to arms, ammunition and explosive material in the conflict zone; as well as improved transnational networking opportunities for these extremists is worrying.'