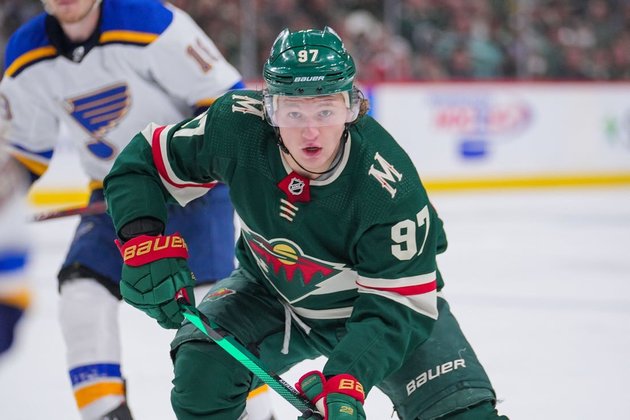 Minnesota Wild star Kirill Kaprizov did not practice Monday after being struck in the ankle with a puck.

The incident occurred in the third period of Sunday's 3-2 preseason overtime win against the Colorado Avalanche.

"No issues," Wild coach Dean Evason said. "He's not going to skate today. He doesn't need to skate today. But he's fine. It's just simply he got a shot there in the foot. Why put his boot in it today. Let's let it calm right down and get better."

Evason said Kaprizov, 25, will be evaluated daily before he's cleared to return.

"We'll make sure we're doing the right things," Evason said. "In all honesty, I don't think he's scheduled to play again until the next home game."

The next preseason home game is Sunday against the Chicago Blackhawks. The regular season opener is on Oct. 13 against the visiting New York Rangers.