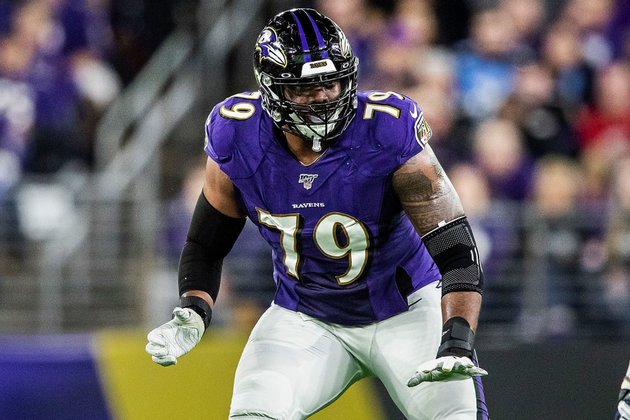 Ronnie Stanley will not make his 2022 debut against the Bills, but veteran pass rusher Jason Pierre-Paul will.

Stanley (ankle) is inactive for Sunday's game after practicing fully Wednesday and Thursday and getting a rest day Friday. The All-Pro left tackle, who has played just one game since the start of 2021 season, said Thursday that he was "really close" to returning after his latest ankle surgery, but he will not be in the lineup to help the Ravens deal with Buffalo's pass rush led by eight-time Pro Bowler Von Miller.

Fourth-round rookie Daniel Faalele will make his first start at left tackle, with Patrick Mekari (ankle) also out for Sunday's game. Faalele had never taken a snap at left tackle before last week, but he entered the game against New England in the first quarter after Mekari was injured and played well after a rocky start. Backup tackle David Sharpe has also been activated from the practice squad. Faalele will be the Ravens' third different player to start at left tackle so far this season.

Pierre-Paul, who has only practiced three days after signing with the Ravens on Sept. 26, is active and hopes to add instant impact to the pass rush. A 12-year veteran with 91.5 career sacks, Pierre-Paul had no doubt he would be ready to contribute against the Bills.

"Yes, I'll be ready this Sunday. I'll definitely be ready," Pierre-Paul said Friday. "I'm playing catch-up, but I've been in this position before, so it's not going to hold me back."

Pierre-Paul joins the lineup at an opportune time, with veteran outside linebacker Justin Houston (groin) inactive for Sunday's game. Houston, who tweaked his groin in New England and didn't return to the game, leads the Ravens with 2.0 sacks.

Rookie cornerback Jalyn Armour-Davis and running back Kenyon Drake are Baltimore's other inactives. Armour-Davis was active for first three games, but cornerback Kevin Seymour, who was signed to the active roster Saturday, is active and will join the cornerback rotation. Seymour is a core special teams player.

The Bills had five starters who were listed as questionable, but wide receiver Gabe Davis (ankle), safety Jordan Poyer (foot), tight end Dawson Knox (back/hip) and center Mitch Morse (elbow) are all active, along with cornerback Dane Jackson (neck), who is key part of their secondary rotations.