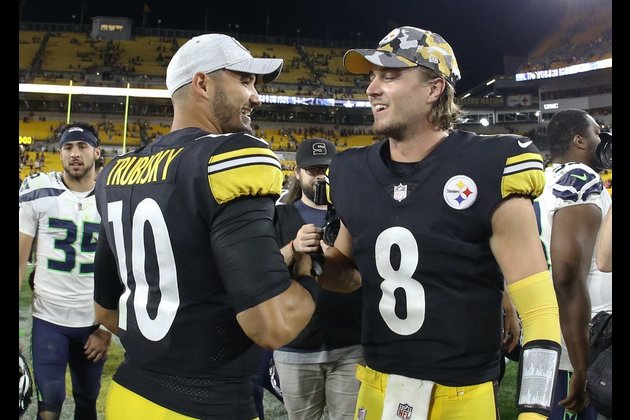 Report: Steelers QB Kenny Pickett to take over as starter

Pittsburgh coach Mike Tomlin originally wouldn't name a starting quarterback for Week 5 in Buffalo after benching Trubisky for Pickett during Sunday's 24-20 home loss to the Jets.

With the Steelers trailing 10-6 at halftime, Tomlin turned to Pickett after Trubisky went 7-for-13 passing for 84 yards and an interception.

"We just thought we needed a spark," Tomlin said. "We didn't do much in the first half, not enough offensively and thought he could provide a spark for us."

Pickett, 24, went 10-for-13 passing for 120 yards and three interceptions, but he ran for touchdowns of 1 and 2 yards on Sunday. He was the 20th overall pick in the draft after throwing for 12,303 yards and 81 touchdowns in five seasons at Pitt.

"Obviously, it's a rebuilding year," Steelers wide receiver Diontae Johnson told reporters Sunday. "We can't use that as an excuse. It doesn't matter who is at quarterback or any position. It's our job to get it done and win games. That's what we have to do -- win."