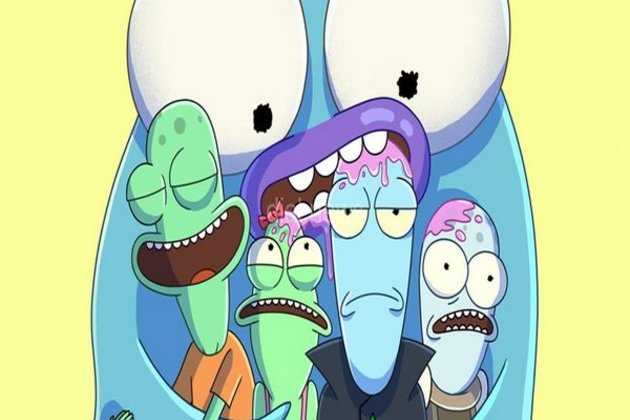 Washington [US], October 7 (ANI): 'Solar Opposites' has been renewed for season 5 by Hulu, the news was announced at a panel discussion about the New York Comic Con on Thursday.

According to Variety, the fifth season of the show has already been renewed before the fourth season has even begun. The show's third season premiered on Hulu in July, and the fourth season, which will have 12 episodes, is scheduled to debut in 2023. Several holiday specials have been broadcast for the series, most recently 'Sinister Halloween Scary Opposites Solar Special,' which debuted on Hulu on October 3.

'Solar Opposites' was co-created by Mike McMahan and Justin Roiland, who is best known for co-creating 'Rick and Morty' on Adult Swim with Dan Harmon. The four aliens who make up the main cast of the show are evenly split between thinking Earth is terrible and fantastic. While Terry (Thomas Middleditch) and Jesse (Mary Mack) love their TV, junk food, and fun things, Korvo (Roiland) and Yumyulack (Sean Giambrone) only see pollution, rapacious consumerism, and human weakness. Protecting the Pupa, a living supercomputer that will eventually transform into its real form, swallow them, and terraform the Earth, is their job. The alien gang made an effort to become more of a family in Season 3 as opposed to a team.

https://www.instagram.com/p/Ci-hPETM9pq/Josh Bycel, Roiland, and Mike McMahan are the executive producers, and the animation studio is 20th Television Animation.

Over the years, Hulu's adult animated slate has also included "Hit-Monkey," "M.O.D.O.K." and "Crossing Swords," which are all overseen by animation vice president Kelci Parker. (ANI)